The 2010 to 2011 season was packed with success! Liv Anda Asplund, our team’s programming mentor, won the Woodie Flowers Finalist Award. Our team earned the Industrial Design Award and the Team Spirit Award. While also attending the North Star for the first time, we have continued on this tradition, as well as advancing to the worldwide FIRST Championship in St. Louis, MO, where our team later won as Regional Champions. 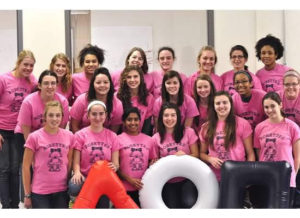 Celebrates form and function in an efficiently designed machine that effectively addresses the game challenge.

Presented to an outstanding Mentor in the robotics competition who best leads, inspires, teaches, and empowers their team using excellent communication skills.

Celebrates the Alliance that wins the competition.

Celebrates extraordinary enthusiasm and spirit through exceptional partnership and teamwork furthering the objectives of FIRST.